La Moye Golf Club was founded in 1902 by George Boomer, the Headmaster at neighbouring La Moye School. Shortly after moving to La Moye, George laid out a rudimentary course stretching from "Banques Blanches" railway station down the dunes towards La Pulente in St Ouen's bay.

In some respects, it's a shame that the Club took its name from the next station on the line, as "Banques Blanches" perfectly describes the Club's location set at the top of 250 foot dunes and hills.

Percy Boomer, George's son and a well respected professional golfer between the wars, records in his memoirs that: "So, no sooner had he got his few bits of furniture into the school house - not fit for a concierge to live in - and had got his fowls and rabbits fixed up out on the common, than he started to whack balls over the dunes." 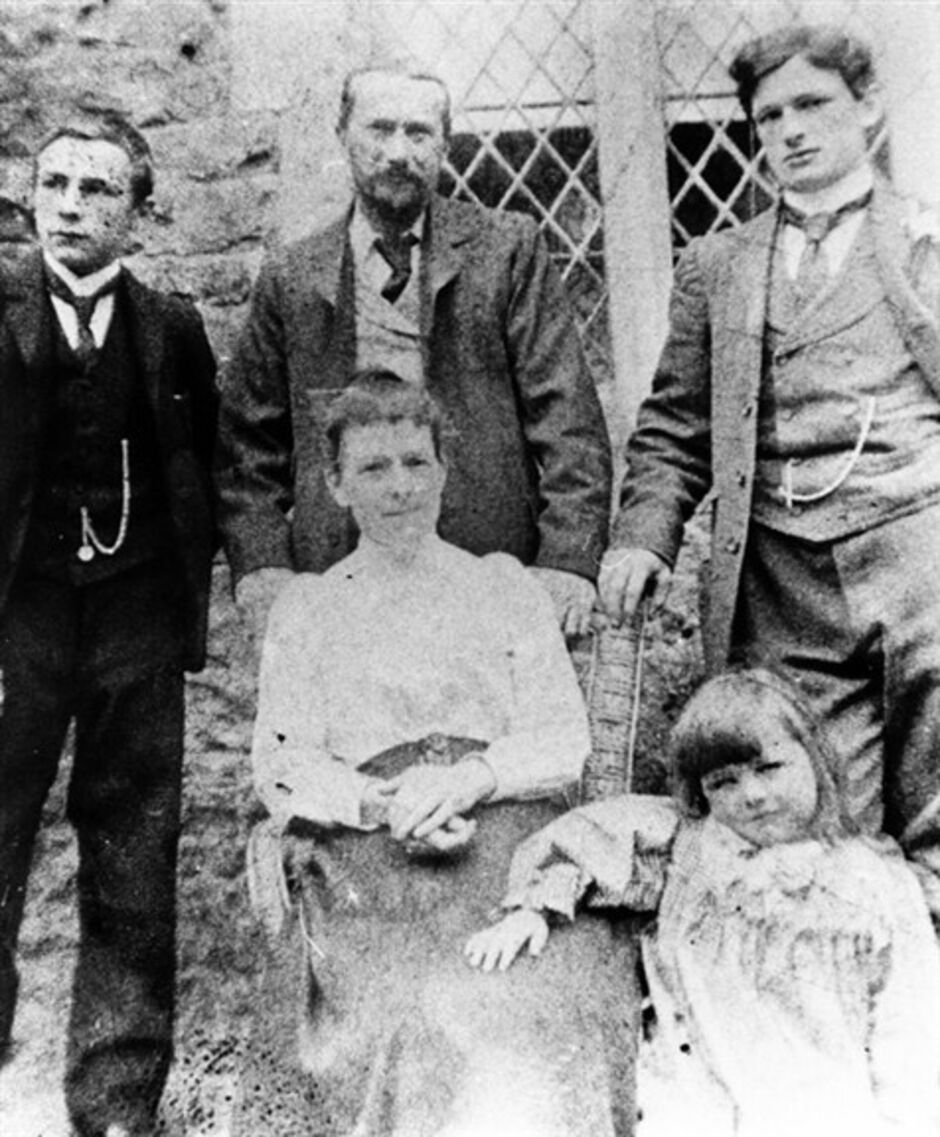 Like many golf clubs of the time, La Moye attracted Members who were not granted admission to neighbouring clubs. It was recorded that members of the Royal Jersey Golf Club were amused and surprised at the dress sense of La Moye Members. As tradesmen, they played in what outdoor clothing they had. The typical La Moye Member of the time would, therefore, be seen in the clothes that he would also wear for Drag Hunts - riding breeches and leather gaiters!

Interestingly, La Moye was not the first golf course in the area. Les Quennevais Golf Club had, in fact, been established 8 years previously but failed to flourish and eventually closed early in the 20th century.

George Boomer, however, had a passion and enthusiasm to make La Moye thrive. Early holes had gone up and down the steep hills to the lower dunes and the bay below. Most notable was the 15th hole - steeply uphill and known as Spion Kop in remembrance of the bloody battle fought at Spion Kop during the Boer War. This South African hill is remembered in many sporting venues - most famously "The Kop" at Anfield, the home of Liverpool football club.

However, the steep climbs were found to be too harsh for many Members and so the course was re-designed by George in 1905. Members of the nearby Tabor Chapel congregation had objected that play was allowed on a Sunday, especially when the local Headmaster, who was also the organist from another Church, was frequently seen amongst those playing as they passed close by! With the support of Captain Le Gallais, land was acquired which allowed the holes to be moved to the west of the railway line, thus appeasing the church congregation. The course now lay at the top of the dunes and was well known for its views of the sea from every hole.

The course was officially opened for play on 18th June 1905 by one of George's former pupils - Harry Vardon. George had taught Harry Vardon and Ted Ray - both future Open and US Open Champions - whilst working at Grouville School close to the Royal Jersey Golf Club. A man ahead of his time he encouraged his pupils "to develop such talents and natural aptitudes as they possessed." As a teacher and church organist, George was known for his high moral standards. He is also known to have allowed his pupils to caddy for the neighbouring golf clubs to help them learn the game. It is, perhaps, no coincidence that 2 of his charges rose to such heights.

George's golf legacy also included the careers of his sons Percy and Aubrey, who both spent time at St Cloud Golf Club in France. Percy was one of the leading teaching professionals in the 1920's and 1930's. After the Second World War, Percy became Head Professional at Sunningdale Golf Club. Aubrey won the French Open on five occasions and finished runner-up in the Open in 1927. That year, he also played in the inaugural Ryder Cup.

Originally, the Boomers kitchen was a natural draw for those playing the course. The first rudimentary Clubhouse opened in 1908, but, sadly, it was burnt down in the late 1920's. A new Clubhouse was opened in 1932.

The Club has always been forward thinking, as illustrated by the number of lady members, even at a time when this was not common. In 1926, 50 of the Club's 200 members were ladies.

Development of the facilities never stood in the way of developing the course and James Braid was commissioned to redesign the course. He was paid the sum of £20 for his work, with £7 15 shillings expenses for his visit in July 1934. 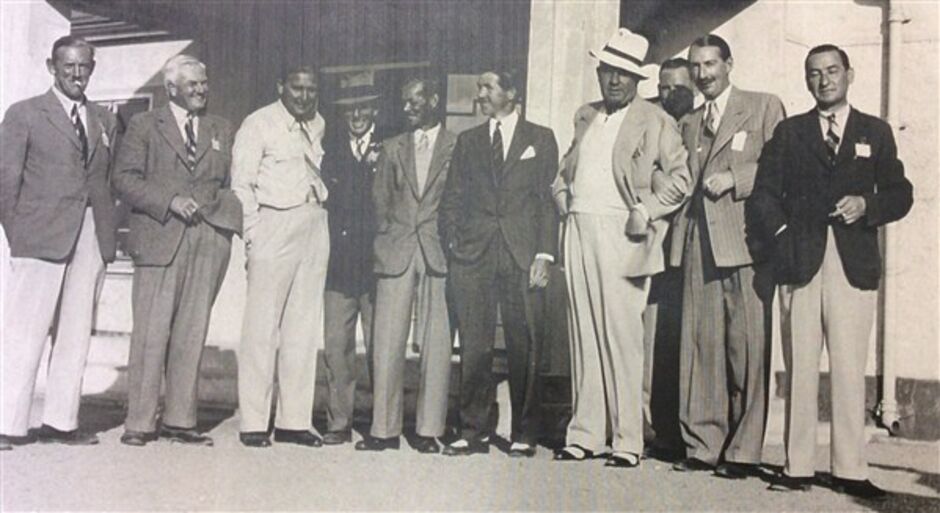 Sadly during the German Occupation of Jersey in the Second World War, the clubhouse was destroyed so as not to distract from the artillery emplacements line of sight down to St Ouens's Bay. The course, too, was damaged by the fortification of the island. Sadly, most of the Club records and memorabilia were lost with the Clubhouse.

With the end of the war, the Members set to work to restore the course to its former glory. Percy Boomer gave advice on how best to restore the course to Braid's design. The members were assisted by the Members of the attached artisans' club - the Jersey Western Golf Club. A temporary Clubhouse was used until 1960 when funds allowed a new Clubhouse to be opened with the help of Harold Podmore, one of the Club's most generous sponsors. La Moye was very fortunate that Norman Rumball then urged the Club on to ongoing improvements both on the course and in the Clubhouse. Current Members are indebted to these 2 Members in particular for their vision and guidance in difficult times for the Club. 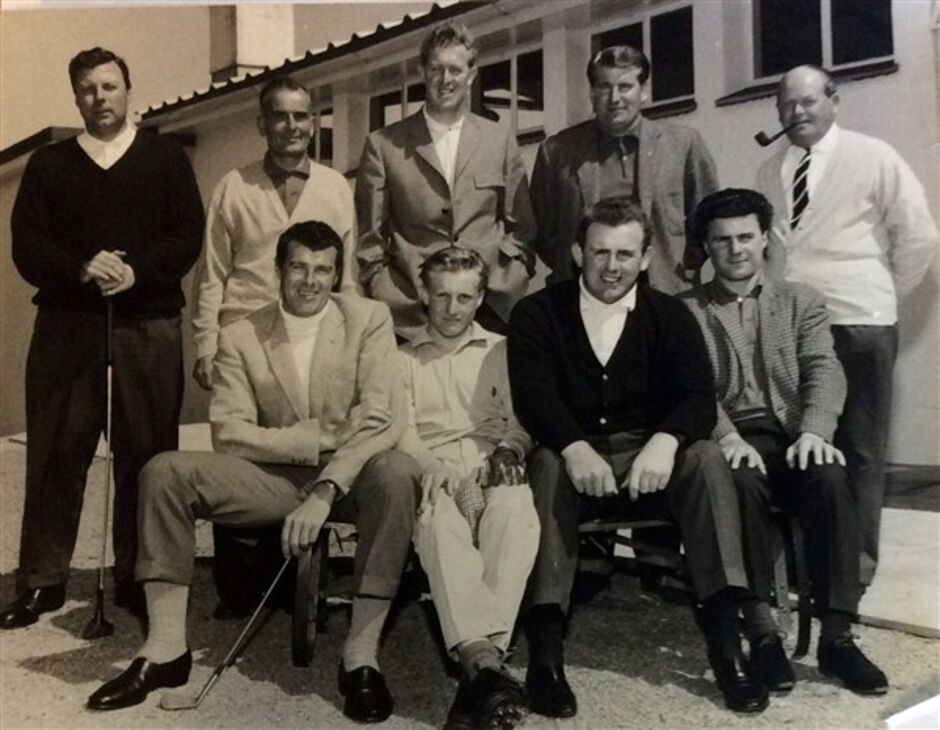 Professional tournament golf first visited La Moye in the 1960's  and the Club took the opportunity to take advice from Henry Cotton as to how best the course could be improved. These ideas were incorporated into further work on the course in the 1970's which led to new holes being opened.

Again, the Club never rested on its laurels and a new Clubhouse was opened in 1988.

More recently, the Jersey Western Golf Club was invited to join La Moye in 2011. Their Members have been welcomed into the Club, tinged with some sadness at the closure of one of the last artisans' clubs.

Further development of the course continued with the renowned links architect Martin Hawtree re-designing the 10th, 11th and 12th holes. These holes were opened for play in April 2012.

The Club and Clubhouse today welcome Members and visitors alike to enjoy a course which reflects Percy Boomer's love of golf and the unrivalled sea views which inspired him to bring golf to La Moye.

A full history of the Club can be found in the the excellent book "The Boomer Legacy - La Moye Golf Club, The First Hundred Years, 1902 - 2002" written by Peter E Firth which is available from  secretary@lamoyegolfclub.co.uk. There is a also a display of Club memorabilia open to view in the Club museum.

An alternative view of the history outlined in the above article is available in a historical timeline. The record of past Club Captains and past Lady Captains is also available for perusal.